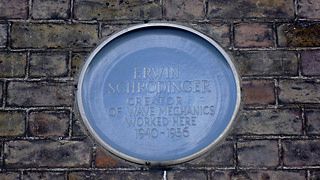 Erwin Schrodinger, one of the most influential physicists of the 20th century, was born on 12th August 1887 in Vienna, Austria-Hungary. He is best known for his contributions to quantum mechanics, for which he was awarded the Nobel Prize in Physics in 1933. Schrodinger's life was cut short when he passed away on 4th January 1961 in Vienna, Austria. His legacy, however, lives on in the form of his groundbreaking work in quantum mechanics, which continues to shape the field of physics to this day.

Erwin Schrodinger was a renowned physicist who made significant contributions to the field of quantum mechanics. In his early scientific career, he conducted experiments in the fields of atmospheric electricity and atmospheric radioactivity, as well as electrical engineering. His experiments focused on the behavior of electric charges in the atmosphere, and the effects of radioactivity on the environment. His research provided valuable insight into the nature of electricity and radioactivity, and helped to shape the modern understanding of these phenomena.

Erwin Schrodinger was a renowned physicist who made significant contributions to the field of physics. He is best known for formulating the 'wave equation' and developing formalism and matrix mechanics. He also authored numerous books in various areas of physics, such as thermodynamics, statistical mechanics, color theory, cosmology, and general relativity. In addition, he attempted to create a unified field theory. His work has had a lasting impact on the field of physics and continues to be studied and discussed today.

In 1920, Erwin Schrodinger was awarded the Haytingera Prize of the Austrian Academy of Sciences in recognition of his outstanding contributions to the field of physics. This prestigious award is given to individuals who have made significant advances in the field, and Schrodinger's work was deemed worthy of such an honor. His research focused on the wave equation, which is a fundamental equation in quantum mechanics, and his work helped to shape the field of physics as we know it today.

Erwin Schrodinger, an Austrian physicist, is renowned for his famous thought experiment known as 'Schrodinger's cat'. This experiment, which he corresponded with Albert Einstein about, explores the idea of a cat being both alive and dead at the same time. It is a paradoxical experiment that has been used to explain the concept of quantum superposition.

Erwin Schrodinger, the Nobel Prize-winning physicist, was invited to Ireland by Taoiseach (Prime Minister) Ãamon de Valera in 1939. Schrodinger accepted the invitation and moved to Dublin, where he helped to establish the Institute for Advanced Studies. His work at the Institute was instrumental in the development of theoretical physics in Ireland, and his legacy continues to this day.

Erwin Schrodinger, an Austrian physicist, wrote the influential book 'What is Life?' in which he explored the concepts of negentropy and complex molecules, as well as the genetic code that is essential for living organisms. He argued that the genetic code is a form of information that is stored in the molecules of living cells, and that the negentropy of life is a result of the genetic code's ability to maintain order in the face of entropy. His work was groundbreaking in its exploration of the relationship between physics and biology, and it has had a lasting impact on the field of genetics.

Erwin Schrodinger, the Nobel Prize-winning physicist, was deeply influenced by the philosophy of Vedanta, a Hindu religion. This interest was reflected in his writing of 'What is Life', where he speculated that individual consciousness may be a mere manifestation of a single consciousness that pervades the universe. His speculations were heavily influenced by Vedanta's teachings, which suggest that the universe is a single, unified entity.

9. Schrodinger's Outline of a Color Measurement for Daylight Vision

Erwin Schrodinger is best known for his work in quantum mechanics, but his contributions to the field of color perception, colorimetry, and color are lesser known. His writings on these topics can be found in his book 'Outline of a Color Measurement for Daylight Vision', which provides detailed information on the science of color perception and its application to daylight vision. Schrodinger's work in this area has been highly influential in the development of modern colorimetry and color science.

In 1933, Erwin Schrodinger was awarded the Nobel Prize for Physics for his groundbreaking work in formulating Schrodinger's Equation. This equation, which describes the behavior of quantum systems, revolutionized the field of physics and has been used to explain phenomena such as wave-particle duality and the Heisenberg Uncertainty Principle. Schrodinger's work has had a lasting impact on the field of physics and continues to be studied and applied today.

Short about Erwin Schrodinger
Was an Austrian physicist famous for his contribution in the field of quantum theory.