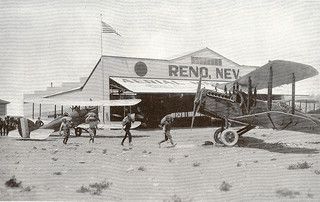 Fact 1
The Reno Ice Pavilion is a rink that measures 16,000 sq feet. At one point of time it was dismantled from Atlantic City in New Jersey and moved here.

Fact 2
There has been a Veteranâs day parade in this city every year since 1998.

Fact 3
The City hall collection has 62 art pieces and 45 pieces of outdoor public art on display.

Fact 4
Along the Truckee River is one of the very few mostly intact riparian areas called the Oxbow nature Study park.

Fact 5
Rattlesnake Mountain State Park is one of western Americaâs largest state parks and is 39,000 sq feet in size.

Fact 6
The trees that stand in Whitaker Park in Reno have been planted in an isle as it once used to be a ânormalâ school.

Fact 7
The Dick Taylor Memorial Park was at one point of time an army base.

Fact 8
The Virginia Lake was constructed from 1936-1938 by the WPA and is a detention reservoir for irrigation and flood control. The interesting fact about this place is that at the time of excavation, gold was found here.

Fact 9
The city has been Americaâs âTree Cityâ for 28 years.

Fact 10
There are over 159 tree species in the parks in the city of Reno.


is a Spanish-French actor.


The capital and largest city in Kenya.


Is the second smallest state in the United States and is located in the mid-Atlantic region on the Atlantic coast.

Short about Reno
Is situated in the high desert valley right at the foot of the Sierra Nevada.