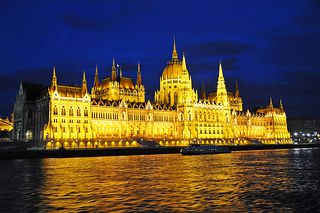 Fact 1:
Some of the great inventions like the Rubik's cube, ballpoint pen and holography were invented by Hungarians.

Fact 3:
The life expectancy rate in Hungary is 66 for men and 74 for women.

Fact 4:
The official language is the Hungarian originated from the Finno-Ugric tribe of languages which is believed to be one of the hardest languages to learn.

Fact 5:
Hungary has several rivers, the major two are Danube and Tisza.

Fact 6:
Hungary has a continental weather: hot in summer and cold humid in winter.

Fact 7:
Budapest is the capital city of Hungary.

Fact 8:
The official currency in Hungary is the Forint.

Fact 9:
The estimated population in Hungary is about 10 million.


The capital and largest city of Hungary.

Franz Joseph I of Austria


Is a European country almost surrounded entirely by mountains except to the south, toward Austria and Slovakia.


A Hungarian-American physicist and inventor.


Is a landlocked country located in Central Europe


Was a Hungarian-American mathematician who made major contributions to a vast range of fields.

Short about Hungary
Is a landlocked country located in Central Europe.