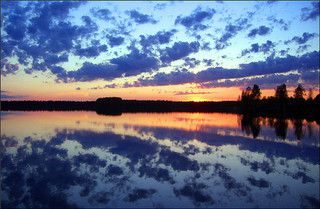 Also → Russia - A vast country with a vast history


2. The Wife Carrying Championship: A Tradition in Finland

In Finland, there is an annual Wife Carrying Championship, where couples compete to see who can complete an obstacle course in the fastest time while the wife is carried by the husband. The course is 253.5 meters long and includes two dry obstacles and one water obstacle. The winner of the competition receives the wife's weight in beer.

3. Nokia: A History of Innovation

Founded in Finland in 1865, Nokia is one of the world's leading mobile companies. It began as a paper mill in the small town of Nokia, and has since grown to become a global leader in the telecommunications industry. Nokia has been at the forefront of innovation, introducing the world's first mobile phone in 1987 and the first smartphone in 1996. Today, Nokia is a major player in the mobile market, with a wide range of products and services that span the globe.

4. Latin News from A Unique Tradition

Finland is truly unique in the world, as it is the only country to broadcast news in Latin. This is a remarkable feat, considering Latin has been a dead language for centuries. The news broadcasts are provided by the Finnish Broadcasting Company, YLE, and are available online for anyone to access. This is a great way for Latin enthusiasts to stay up to date with the latest news from Finland, and to practice their Latin language skills.


5. The Many Benefits of Saunas in Finland

In Finland, saunas are a way of life. With a population of just over 5.5 million people, there are an incredible 1.8 million saunas in the country - that's one sauna for every three people! Saunas are deeply embedded in the culture of Finland, and are seen as a place to relax, socialize, and even give birth. They are also believed to have many health benefits, such as improved circulation and relaxation of muscles.

Also → Madagascar: A Country of Diversity and Wonder

6. Sweden and A Dual Land of Contrast

In Finland, there are two official languages: Finnish and Swedish. Both languages are widely spoken throughout the country, with Finnish being the majority language. Finnish is the native language of the majority of the population, while Swedish is spoken by a minority of the population, mainly in the coastal areas. Both languages are taught in schools and are used in official documents and communications.

Also → 36 cultures in 36 languages in Bolivia

In Finland, Donald Duck comics were banned due to the fact that the beloved Disney character does not wear pants. This was seen as a violation of the country's standards of decency, as it was believed that all characters should be fully clothed. The ban was in place for over 30 years, until it was finally lifted in the late 1980s. Since then, Donald Duck comics have been widely available in Finland, and the character has become a beloved part of the country's culture.


8. Santa's Workshop in the Far North of Finland

In the far North of Finland, nestled in the Arctic Circle, lies the home of Santa Claus. His office is located in the city of Rovaniemi, the capital of Finnish Lapland, and is open year-round for visitors from all over the world. Here, you can meet Santa himself, take a tour of his workshop, and even send a letter to the North Pole. It's a magical experience that will make your holiday season even more special.

9. The Largest Country in Europe with a Small Population

Spanning an impressive 338,424 square kilometers, Finland is the seventh largest country in Europe. This makes it larger than countries such as Germany, France, and the United Kingdom, and only slightly smaller than Spain. With a population of 5.5 million, Finland is one of the most sparsely populated countries in Europe, with an average of 16 people per square kilometer.

10. Helsinki: The Most Beautiful and Exciting City in Finland

Finland is a country of approximately 5 million people, with around 1 million of them residing in the capital city of Helsinki. This vibrant city is the largest in the country and is home to a wide variety of attractions, from its stunning architecture to its lively nightlife. Helsinki is also the political and economic center of Finland, making it an important hub for the nation.

Also → Andorra: A Small, Mounntainous Country with a Rich History


is a country encompassing the western part of the Samoan Islands in the South Pacific Ocean.


Is a state in the Baltic region of Northern Europe.