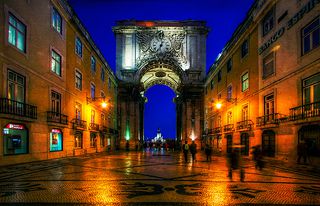 Fact 1:
The capital city of Portugal is Lisbon.

Fact 3:
The Portuguese slave trade was outlawed in 1850.

Fact 4:
The religion of Portugal is 94% Roman Catholic.

Fact 5:
Portugal is most famous for its Port Wine, Azulejoc and Salted Cod.

Fact 7:
Portugal has been part of the EU for almost 20 years.

Fact 10:
Each region of Portugal has its own traditional dishes made from meat and seafood.


Is an archipelago in the North Atlantic Ocean, west of Senegal, in Western Africa


Is situated between the countries of Senegal and Guinea, in the western part of the continent of Africa


Is the largest country in South America and the only Portuguese-speaking country in the Americas.


Is an African country bordered by Gabon to the south and east, Cameroon to the north and the Gulf of Guinea to the west


Is an automobile brand that is based in France, is known to provide its cars to the rest of Europe.

Short about Portugal
Is a country located in southwestern Europe on the Iberian Peninsula.