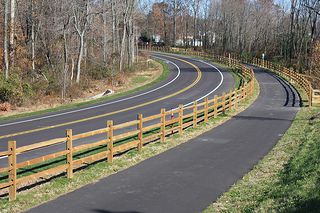 1. Montgomery, Alabama: A Vibrant City with a Rich History

Montgomery, Alabama is a bustling city, home to over 200,000 people. It is the second most populous city in the state, behind Birmingham, and is the capital of Alabama. Montgomery is a vibrant city with a rich history, having served as the first capital of the Confederate States of America during the Civil War. It is also home to many cultural attractions, such as the Alabama Shakespeare Festival, the Montgomery Museum of Fine Arts, and the Montgomery Zoo. With its diverse population, vibrant culture, and rich history, Montgomery is a great place to live and visit.

Montgomery, Alabama is a vibrant port city located along the banks of the Alabama River. It has been a major hub of commerce and transportation since its founding in 1819, and continues to be a major center of trade and industry today. The city is home to a number of historic sites, including the Alabama State Capitol, the First White House of the Confederacy, and the Dexter Avenue King Memorial Baptist Church, which was the site of the Montgomery Bus Boycott in 1955. Montgomery is also home to a number of museums, galleries, and other attractions, making it a popular destination for tourists and locals alike.

3. The Birthplace of the Confederacy: Montgomery, Alabama

4. Montgomery, Alabama: The Hub of the Civil Rights Movement

Montgomery, Alabama was a major hub for the Civil Rights Movement, with Dr. Martin L. King serving as the pastor of the Dexter Ave. Baptist church from 1954 to 1960. During this time, Montgomery was the site of several key events in the movement, including the Montgomery Bus Boycott, which began in 1955 and lasted for 381 days, and the Selma to Montgomery marches in 1965. Dr. King's leadership in the movement was instrumental in the passage of the Civil Rights Act of 1964 and the Voting Rights Act of 1965.


5. Rosa Parks: A History of Courage

In December of 1956, the city of Montgomery made history when Rosa Parks refused to give up her seat on the bus to a white male, leading to her arrest and the subsequent 382 day long Montgomery Bus Boycott. This boycott was a pivotal moment in the civil rights movement, and ultimately resulted in the desegregation of the Montgomery bus system. This brave act of defiance by Rosa Parks was a major step forward in the fight for racial equality.

6. The March for Justice

In 1965, Dr. Martin L. King led a historic march for justice from Selma to Montgomery, Alabama. This march, which became known as the March for Justice, was a pivotal moment in the civil rights movement and a major step towards achieving racial equality in the United States. The march began on March 21st, 1965, with over 3,000 people in attendance, and ended on March 25th in Montgomery, Alabama. The march was a success, and it helped to bring about the passage of the Voting Rights Act of 1965, which outlawed discriminatory voting practices. The march was a powerful symbol of the civil rights movement and a reminder of the importance of standing up for justice.

Also → The City of Mobile, Alabama: A Unique History of Flags

Montgomery, Alabama is the proud home of the Hyundai Motor Co.'s first assembly plant in the United States. This plant has been a major boon to the local economy, providing hundreds of jobs and bringing in millions of dollars in investment. The plant is located on a sprawling 500-acre site and is capable of producing up to 300,000 vehicles per year. It is the first of its kind in the United States and has been a major success since its opening in 2005.

Also → Durham, North Carolina: A City with a History of Civil Rights Activism

On February 7th, 1967, a devastating fire broke out in Dale's Penthouse in Montgomery, claiming the lives of 25 people. The blaze began in a cloak room next to the only emergency stair exit, blocking the only escape route and trapping those inside. The tragedy gained enough national attention to prompt a revamping of fire code standards across the country, ensuring that such a tragedy would never happen again.

The city of Montgomery, Alabama is home to the beloved minor league baseball team, the Montgomery Biscuits. Founded in 2004, the team has become a staple of the city, providing entertainment and a sense of community for the locals. The Biscuits play their home games at Riverwalk Stadium, located in the heart of downtown Montgomery. The team has seen success in recent years, winning the Southern League Championship in 2009 and 2019. With a passionate fan base and a commitment to excellence, the Montgomery Biscuits are sure to continue to bring joy to the city for years to come.

The legendary Nat King Cole, renowned for his smooth, velvety voice, called Montgomery, Alabama his home. He was born in Montgomery in 1919 and lived there until he was four years old, when his family moved to Chicago. Despite his move, Montgomery remained close to his heart and he often returned to the city to perform. In fact, he even wrote a song about the city, entitled "Montgomery Blues".


was a United States soldier and statesman, and was the President of the Confederate States of Americ

Short about Montgomery
Is the capital city of the state of Alabama.