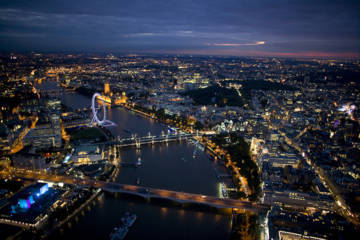 1. A City of Nile Significance.

Khartoum, the capital of Sudan, is a city of great significance to the Nile River. It is the point where the Blue Nile and the White Nile meet, forming the beginning of the Nile River. This convergence of two of the world's most important rivers has made Khartoum a major hub of trade and commerce for centuries, and it continues to be an important center of activity in the region today.

Also → Sudan: A Country of Contrasts

Khartoum, the capital of Sudan, is a relatively safe city compared to other capital cities in Sub-Saharan Africa. Crime rates are low, and there have been almost no reported crimes against Americans in the city. This makes Khartoum an attractive destination for travelers looking for a safe and secure place to visit. The city is also known for its vibrant culture, with a variety of restaurants, shops, and attractions to explore. With its low crime rates and welcoming atmosphere, Khartoum is an ideal destination for those looking for a safe and enjoyable experience.

Also → The Nile: A River of Life

3. The Origin of the Name of Khartoum is Unknown

The origin of the name of the city of Khartoum is unknown, however, one theory suggests that it is derived from the Arabic word 'khartum', meaning 'trunk'. This is likely due to the narrow strip of land that lies between the Blue and White Niles, resembling the trunk of a tree. This strip of land is what makes Khartoum such a unique and important city, as it is the only place in the world where the two Niles meet.

Khartoum, the capital of Sudan, is home to the National Museum of Sudan, the largest museum in the country. It is a treasure trove of archaeological artifacts, boasting the biggest and most important collection in the entire country. From ancient pottery to coins and jewelry, the museum offers a fascinating insight into Sudan's rich history.

Also → The Land of the Pharaohs


5. Khartoum's Bridges Connect It to Other Areas

Khartoum is a city of bridges, with at least ten already connecting it to other areas across the Blue and White Nile. These bridges provide a vital link between the city and its surrounding areas, and plans are in place to construct even more in the future. The bridges are a testament to the city's importance as a hub of trade and commerce, and they are a key part of the city's infrastructure.

Also → Kampala: The Capital of Uganda

Khartoum, the capital of Sudan, is home to a number of private universities, including The Future University. This university was the first to specialize in information and communications technology in the region, and was also the first to introduce computer engineering to the country. It has become a leader in the field, providing students with the opportunity to gain the skills and knowledge necessary to succeed in the ever-evolving world of technology.

Also → Dhaka: The Capital of Bangladesh

Khartoum, the capital of Sudan, is home to the Afra Mall, the country's first shopping mall. Opened in 2004, the Afra Mall offers a wide variety of shops, restaurants, and entertainment options, making it a popular destination for locals and tourists alike. With its convenient location in the heart of Khartoum, the Afra Mall is a great place to find everything you need in one place.

Khartoum, the capital of Sudan, is renowned for its scorching desert climate, making it one of the hottest major cities in the world. During the summer months, temperatures can soar to an unbearable 127 degrees Fahrenheit, making it difficult to stay outdoors for extended periods of time. The city is also known for its dry air, with humidity levels rarely exceeding 10%. Despite the extreme heat, Khartoum is a vibrant city with a rich cultural heritage, and is home to a number of attractions, including the National Museum of Sudan and the Khartoum Zoo.

In 1991, the notorious terrorist Osama Bin Laden purchased a house in the Sudanese capital of Khartoum, where he resided for five years until 1996. During this time, Bin Laden was able to establish a base of operations in the city, which was to become a major hub for his terrorist activities in the years to come. The house he purchased was located in the affluent El-Riyadh district of Khartoum, and was used as a meeting place for his associates and a safe house for his family.

Khartoum, the capital of Sudan, is home to the Tuti Bridge, a remarkable feat of engineering. Completed in 2008, the bridge is the first suspension bridge to be built in Sudan and the first constructed in Africa. Spanning the Blue Nile, the Tuti Bridge connects Khartoum to Tuti Island, providing a vital link between the two areas. The bridge is a symbol of progress and innovation, and is a testament to the hard work and dedication of the engineers and construction workers who made it a reality.


Is a landlocked country located in east-central Africa.


The capital of Vietnam and the country's second largest city.


The capital of Turkey and the country's second largest city.


The capital and largest city of Libya.

Short about Khartoum
Khartoum is the capital and second largest city of the Republic of Sudan and Khartoum State.