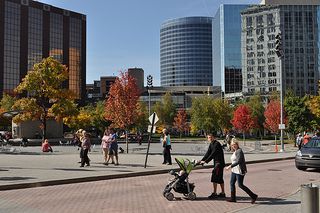 Fact 2
Grand Rapids has been nicknamed the âfurniture cityâ because five of the worldâs leading furniture manufacturers have their headquarters here.


Is a state located in the eastern part of north-central US.