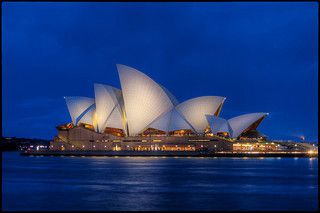 Fact 1:
Australia is the sixth largest country in the world if you are going by the total area.

Fact 3:
It is believes that humans first inhabited the continent of Australia somewhere between 42,000 and 48,000 years ago.

Fact 4:
It is believed that the first people came over to Australia by the use of land bridges.

Fact 5:
The Australian gold rush began sometime in the 1850s.

Fact 8:
The Australian continent is surrounded by the Pacific and Indian Oceans.

Fact 9:
Australia has a constitutional monarchy. There is also a strong federal division of powers that come into play.

Fact 10:
The federal government is separated into three branches including the legislature, the executive, and the judiciary.


is an Australian professional golfer who plays mainly on the PGA Tour.


is an Australian film and television actor.


was an Irish Australian bushranger


Was a British-born Australian actor.


Is an Australian actress, film producer and singer.

Short about Australia
Is a country comprising the mainland of the Australian continent,