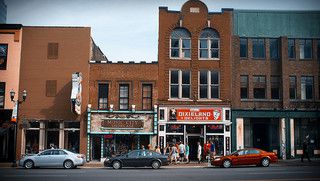 Fact 2
Nashville's iconic Music Row is where Elvis Presley recorded more than 200 of his songs at RCAÃ¢â¬â ¢s historic Studio B.

Fact 6
Nashville is where the phrase Ã¢â¬Ågood to the last dropÃ¢â¬Â was first uttered by President Franklin Roosevelt after sipping coffee at NashvilleÃ¢â¬â ¢s Maxwell House Hotel.


is a Dutch trance music producer and DJ.