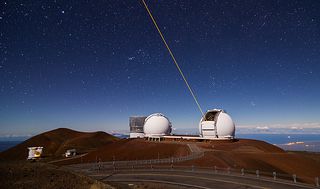 James Clerk Maxwell, one of the most influential physicists of the 19th century, was born in Edinburgh, Scotland on the 13th of June 1831. He made groundbreaking contributions to the fields of electromagnetism, thermodynamics, and statistical mechanics, and is best known for his formulation of the classical theory of electromagnetic radiation, which is now known as Maxwell's equations. Sadly, he passed away on the 5th of November 1879, leaving behind a legacy of scientific discoveries that continue to shape our understanding of the physical world.

James Clerk Maxwell was a renowned physicist and mathematician who attended two of the most prestigious universities in the world: Edinburgh University and the University of Cambridge. He later went on to become a professor at Aberdeen University, where he taught and conducted research for many years. His work in the fields of electromagnetism and thermodynamics revolutionized the way we understand the physical world, and his theories are still used today.

As a child, James Clerk Maxwell was an inquisitive and curious learner, spending much of his time at home studying and conducting experiments. He was particularly interested in mathematics and science, and was known to spend hours in his father's library, reading and researching. He was also known to conduct experiments in his own home, such as building a model of a windmill and experimenting with electricity. His inquisitive nature and passion for learning would later lead him to become one of the most influential scientists of the 19th century, making groundbreaking discoveries in the fields of electromagnetism and thermodynamics.

James Clerk Maxwell is widely regarded as one of the most influential scientists of all time, due to his groundbreaking work in the field of electromagnetism. His most famous achievement was the development of a unified electromagnetic theory, which combined a vast array of equations, experiments and observations related to electricity and magnetism. This theory revolutionized the way we understand the physical world, and laid the foundations for many of the technologies we use today.


5. A Pioneer in Physics

James Clerk Maxwell was a pioneering scientist who made a huge impact on the world of physics. He is best known for his contributions to the fields of color analysis, kinetic theory, thermodynamics, and the creation of the first color photograph. His work in color analysis led to the development of the three-color process used in color photography, while his kinetic theory of gases provided the foundation for the modern understanding of thermodynamics. His most famous achievement, however, was the creation of the first color photograph in 1861, which was a major breakthrough in the field of photography. Maxwell's work revolutionized the way we understand and interact with the physical world, and his legacy continues to be felt today.

James Clerk Maxwell was a pioneering physicist who made a major contribution to the field of electromagnetism. He formulated a set of equations, known as the 'Maxwell Equations', which describe the properties of electric and magnetic fields and demonstrate that light is an electromagnetic wave. These equations are still used today to understand the behavior of electromagnetic radiation and are considered to be one of the most important discoveries in physics.

James Clerk Maxwell was a renowned physicist who made significant contributions to the field of electromagnetism. His work was heavily influenced by the research and experiments of Michael Faraday, who is widely regarded as one of the most influential scientists of the 19th century. Maxwell was able to build upon Faraday's discoveries and develop a unified theory of electricity, magnetism, and light, which is now known as Maxwell's equations. This work revolutionized the field of electromagnetism and laid the foundation for modern physics.

James Clerk Maxwell was a renowned physicist and mathematician who won numerous awards for his essays. One of his most notable works was 'On the Stability of Saturn's Rings', which provided a detailed description of the fact that Saturn's ring is composed of a vast array of small particles, rather than being a solid ring. Maxwell's essay was groundbreaking in its time, as it provided a comprehensive explanation of the structure and composition of Saturn's rings.

9. Maxwell's conviction that knowledge is power

James Clerk Maxwell, the renowned physicist and mathematician, was a firm believer in the power of knowledge. He famously said, âIn every branch of knowledge the progress is proportional to the amount of facts on which to build, and therefore to the facility of obtaining data.â This quote speaks to Maxwell's conviction that the more facts and data one has, the more progress can be made in any field of study. His work in the fields of electromagnetism and thermodynamics are a testament to this belief, as he was able to make groundbreaking discoveries by collecting and analyzing data.

10. The Father of Electromagnetism

James Clerk Maxwell was a renowned physicist and mathematician who made significant contributions to the field of electromagnetism. His most notable works include the three papers, 'A Treatise on Electricity and Magnetism', 'On Physical Lines of Force', and 'A Dynamic Theory of the Electromagnetic Field', which have become cornerstones of modern physics. These papers, which Maxwell wrote between 1873 and 1876, describe his groundbreaking theories on the behavior of electric and magnetic fields, and their interactions with each other. His work revolutionized the way we understand and use electricity and magnetism, and laid the foundation for the development of modern technologies such as radio, television, and radar.


Was an Austrian physicist and philosopher


Was a Hungarian-American mathematician who made major contributions to a vast range of fields.

Short about James Clerk Maxwell
Was a mathematical and theoretical physicist of Scottish descent.