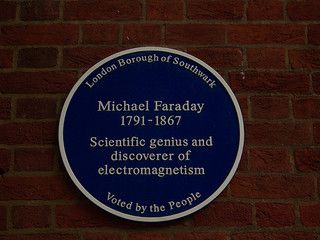 1. From Poverty to Fame: The Life of Michael Faraday

Michael Faraday, the renowned scientist and inventor, was born into a life of poverty. His father, a blacksmith from the village of Newington in Surrey, England, struggled to make ends meet and the family often went without enough food. Despite these hardships, Faraday was able to rise above his circumstances and make a name for himself in the world of science.


2. The Early Life of Michael Faraday

At the tender age of 13, Michael Faraday was forced to leave school due to financial constraints. To make ends meet, he took up odd jobs such as running errands for people. By the time he was 14, he had already secured an apprenticeship with a book-binder in London, where he worked diligently to hone his craft and gain valuable experience.

3. The Importance of Dedication to Learning

Michael Faraday was a keen student of science, attending several of Humphry Davy's lectures. His dedication to learning was evident when Davy happened to read Faraday's brilliant notes from one of the lectures, prompting Davy to offer Faraday the opportunity to assist him in his work. Faraday eagerly accepted the offer, and the rest, as they say, is history.

4. The History of Electric Motors

In 1821, Michael Faraday revolutionized the world of electricity and magnetism when he proved that magnetism created by an electric current could set a magnet in motion. This invention was a simplified version of the electric motors used today, and it marked a major milestone in the development of modern technology. Faraday's discovery paved the way for the development of electric motors, which are now used in a variety of applications, from powering cars to running household appliances.


5. The Discovery That Changed Chemistry

In 1830, Michael Faraday made a major career shift from chemist to physicist. Prior to this, he had made a significant contribution to the field of chemistry in 1825 when he discovered the chemical benzene. This discovery was a major breakthrough in the understanding of organic chemistry and would go on to have a lasting impact on the field.

6. The History of Electricity

In 1831, Michael Faraday made a groundbreaking discovery that revolutionized the world of electricity: when a magnet is brought near an electric wire, it creates an electric current in the wire. This same discovery was made around the same time in the United States by Joseph Henry, and the two scientists are now credited with the invention of electromagnetic induction. Faraday's discovery opened the door to a new era of electricity, allowing for the development of motors, generators, and transformers.

7. The Dynamo that Changed the World

Michael Faraday was a pioneering scientist who revolutionized the world with his invention of the dynamo. His discovery of electric induction and its practical application in the form of the dynamo enabled the generation of electricity, thus ushering in the age of electricity. His dynamo was the first of its kind, and its impact on the world was immense, as it allowed for the development of a wide range of electrical technologies.

While conducting an experiment to prove that all types of electricity operate on the same principle, Michael Faraday stumbled upon the first two laws of electrochemistry by chance. His groundbreaking discovery revolutionized the field of electrochemistry and laid the foundation for further research in the area. Faraday's work was so influential that it is still used today in the study of electrochemical reactions.

Also → The Speed of Electric Signals

Michael Faraday was a true polymath, with interests that extended far beyond electromagnetism and physics. He was the inventor of the Bunsen burner, a device that is still widely used in laboratories today. He also coined a number of terms that are still used in the field of physics, such as cathode, ion, anode and electrode. His contributions to science have been invaluable, and his legacy lives on in the many inventions and discoveries that he made.

10. The Importance of Integrity

Michael Faraday was a man of principle and integrity. He refused to accept a knighthood and declined the offer to become President of the Royal Society, despite the prestige and recognition that would have come with it. He also refused to help the British Government with the manufacture of chemical weapons for use in war, demonstrating his commitment to peace and non-violence. His refusal to compromise his values and beliefs is a testament to his character and a reminder of the importance of standing up for what is right.


Was a mathematical and theoretical physicist of Scottish descent.


A German chemist who developed the Bunsen Burner.


was a German physicist and mathematician

Short about Michael Faraday
Was a British scientist who made significant contributions to the fields of electrochemistry electro-magnetism.