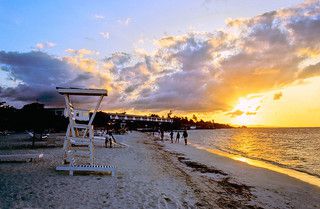 Fact 1:
Jamaica is the largest English-speaking island in the Caribbean.

Fact 2:
Jamaica is the first Caribbean Country to gain Independence.

Fact 3:
Rum is the national drink of Jamaica.

Fact 4:
Ian Fleming designed and built his home, "Goldeneye", in Jamaica and wrote ten of his James Bond novels there.

Fact 5:
The Blue Mountains in Jamaica are named for the mists that often cover them, which look blue from a distance.

Fact 6:
Jamaica was the first tropical country to enter the Winter Olympics.

Fact 7:
The national dish of Jamaica is Ackee and Saltfish.

Fact 8:
Jamaica is the third largest island in the Caribbean.

Fact 9:
Jamaica was the first commercial producer of bananas in the Western Hemisphere.

Fact 10:
Apart from the United States, Jamaica has won the most world and olympic medals.


Is located on the island of Hispaniola between the Caribbean Sea and the North Atlantic Ocean and is part of the Greater Antilles archipelago.


An American folklorist and author.


Is an island country located in the western area of the North Atlantic Ocean east of the Caribbean Sea and belongs to the Lesser Antilles.


Is the second largest of the Windward Islands located in the eastern Caribbean Sea as part of the Lesser Antilles.


Is an island located between the Caribbean sea and North Atlantic Ocean, north of Trinidad and Tobago.