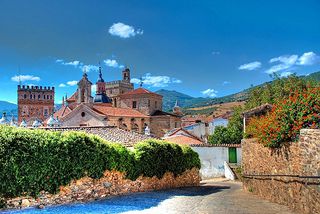 Fact 7
There is no tooth fairy in Spain instead they have the tooth Mouse called Ratoncito Perez who exchanges childrenâs teeth for gifts.

Fact 10
The Worldâs Biggest Food Fight (La Tomatina) is held ever year on the last Wednesday of August in the small town of BuÃ±ol, Valencia. The history of La Tomatina dates back to 1945 where a furious crowd started to throw vegetables at each other during a parade. The estimated number of tomatoes used are around 150,000.


is a Spanish professional footballer who plays for Real Madrid and Spain.


is a Spanish footballer who currently plays as a striker for AtlÃ©tico Madrid and the Spanish national football team.


The capital of the Republic of Trinidad and Tobago.


is a professional golfer from Spain who plays on both the PGA Tour and the European Tour.


Is a Spanish actor who also has also made it big time in Hollywood.


Is a landlocked microstate in Southwestern Europe.


was a popular French actor of Spanish origin