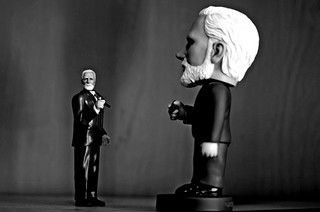 Fact 1
Freudâs studies have a mention of Anna O, the pseudonymous patient. Her real last name was Pappenheim and the famous supposedly-Freudian phase âthe talking cureâ was coined by her.

Fact 2
He had read a book named "The Art of Becoming an Original Writer in Three Daysâ, by Ludwig Borne. There is a distinct possibility that the idea for his famous concept of âfree associationâ came from that book.

Fact 3
Georg Groddeck, the physician published a book in 1923 in which he mentioned the concept of âdas esâ (German). Freud credited Groddeck in his famous book âDas Ich und das Esâ, the Latinized version is âThe Ego and the Idâ and most people believe it to be a Freudian concept.


The capital city of Austria.


Is a landlocked country located in Central Europe


Was one of the most influential French psychologists and scientists known for his extensive research related to the mental capacity of humans.


Is an American physicist who is credited with the introduction of the concept of quarks.


Was a very famous Greek mathematician.


Was a British naturalist born in 1809 in Shrewsbury, England.