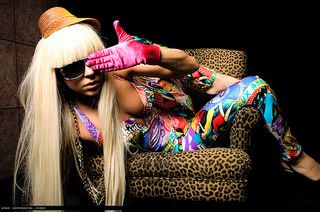 Fact 1:
Rihanna appeared on the scene in 2005 with her first album Music of the Sun.

Fact 5:
She once won a beauty pageant as a teenager at her school in Barbados.

Fact 6:
Rihanna insured her legs for $1 million and told pepole they were her main focus when exercising.

Fact 7:
Rihanna made a cameo appearance in the 2006 cheerleading romp, Bring It On: All or Nothing.

Fact 9:
Rihanna's favourite place in Barbados is The Boatyard Club.

Fact 10:
Rihanna was discovered by music producer Evan Rogers while vacationing in Barbados.


Is an island country located in the western area of the North Atlantic Ocean east of the Caribbean Sea and belongs to the Lesser Antilles.


is a Dutch trance music producer and DJ.


is an English singer-songwriter.


Is an American emo band from Florida and led by singer-songwriter Chris Carrabba.


Is an English-born Hollywood actor best known for his James Bond roles since 2006.