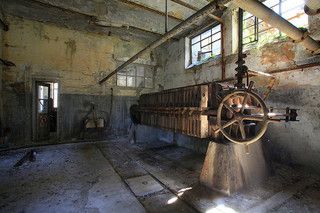 1. Pasteurization: The Process That Changed Food

Louis Pasteur is renowned for his invention of the pasteurization process, which is used to treat milk and beer and is now employed in many countries around the world. This process involves heating the product to a specific temperature for a certain amount of time, killing any harmful bacteria and extending the shelf life of the product. Pasteur's invention has had a huge impact on the food and beverage industry, allowing for the safe consumption of products that would otherwise be unsafe.

In 1848, Louis Pasteur made a groundbreaking discovery: the concept of being "right-handed" or "left-handed". He found that almost all living creatures have molecules in their bodies that twist in either of these directions. This discovery was revolutionary, as it provided insight into the molecular structure of living organisms and the way they interact with their environment. It also opened up the possibility of further research into the effects of handedness on the behavior of organisms. Pasteur's discovery has had a lasting impact on the field of biology and continues to be studied today.

3. Resilience: The Story of Louis Pasteur

In 1868, Louis Pasteur suffered a devastating brain stroke that left him partially paralyzed. Despite this setback, he was determined to continue his research and did so for several years afterwards, showing remarkable resilience and dedication to his work.

Also → The Life and Work of Robert Koch

4. Pasteur's Legacy: Vaccines and the Fight Against Infectious Diseases

In 1879, Louis Pasteur made a groundbreaking discovery when he developed the world's first vaccine for chicken cholera. This disease, which is caused by a bacterium, had been devastating poultry populations for centuries. Pasteur's vaccine was a major breakthrough in the field of medicine, and it paved the way for the development of other vaccines for a variety of diseases. His work revolutionized the way we think about and treat infectious diseases, and it continues to have a lasting impact on the world today.


5. The Father of Vaccination

Louis Pasteur, the renowned French scientist, was responsible for the term "vaccination" and the invention of the rabies vaccine. His work in this field was so influential that it continued to be used even after his death in 1895. His rabies vaccine was the first of its kind and was a major breakthrough in the medical field, paving the way for future advancements in the prevention of infectious diseases.

6. Pasteur's Tomb: A Legacy of Discovery

Louis Pasteur, the renowned French chemist and microbiologist, founded the Paris Pasteur Institute in 1887. His mortal remains lie in this building, in a magnificent tomb adorned with depictions of all his accomplishments. The tomb is a testament to Pasteur's legacy, showcasing his many achievements in the fields of science and medicine, including his groundbreaking work in the development of vaccines and pasteurization.

7. The Life and Work of Louis Pasteur

Louis Pasteur was an incredibly cautious man, so much so that he refused to shake hands with anyone, even royalty. His fear of contracting diseases from people he came in contact with was so great that he would never take the risk. He was known to be a germaphobe, and his extreme caution was a testament to his dedication to his work and his own health.

Louis Pasteur was honored with the esteemed French order, the Legion of Honor, in recognition of his immense contributions to the world of science. He was bestowed with the title of Grand Croix, the highest rank of the Legion of Honor, for his groundbreaking discoveries in the fields of microbiology, immunology, and chemistry. His discoveries revolutionized the way we think about and approach science, and his legacy continues to inspire generations of scientists.

9. Pasteur's Legacy: Vaccines that Save Lives

Louis Pasteur was a pioneering scientist who made significant contributions to the medical field. He is best known for his research and invention of vaccines for a variety of diseases, including cholera, diphtheria, plague, rabies, yellow fever, tuberculosis, and anthrax. His work revolutionized the way we treat and prevent infectious diseases, and his discoveries have saved countless lives.

Also → The Discovery that Changed the Course of Biology

Louis Pasteur's revolutionary rabies vaccine was put to the test when a small boy, who had been bitten by a rabid dog, was given the vaccine. Miraculously, the boy survived, when otherwise he would have surely died from the bite. This was the first successful trial of Pasteur's vaccine, and it marked a major breakthrough in the fight against rabies.


Was a German-born physicist who was best known for studying and finding the diseases anthrax, tuberc


was an English physician and scientist from Berkeley, Gloucestershire, who was the pioneer of smallp


Was an American medical researcher and virologist.

Short about Louis Pasteur
Was an 1882-born, French microbiologist and chemist and is considered to be one of the most foremost founders of medical microbiology.