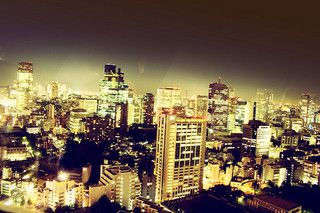 1. In Japan, You Can Find Vending Machines That Dispense Beer!

In Japan, you can find vending machines that dispense beer, making it easy to grab a cold one on the go. These machines are a common sight in cities and towns across the country, and are stocked with a variety of popular domestic and international brands. In addition to beer, many of these machines also offer other alcoholic beverages such as sake, shochu, and chuhai. So, if you're ever in Japan, be sure to keep an eye out for these convenient vending machines!


2. How to Cook Delicious Japanese Food Without an Oven

In Japan, ovens are not a common kitchen appliance. Instead, many Japanese kitchens rely on traditional cooking methods such as grilling, steaming, and boiling. This is due to the fact that ovens are not as widely available in Japan as they are in other countries, and the cost of purchasing and installing an oven can be prohibitively expensive. As a result, many Japanese people have become adept at cooking without an oven, using a variety of techniques to create delicious meals.

Japan is a seismically active country, with an average of around 1500 earthquakes occurring each year. This is due to its location on the Pacific Ring of Fire, a horseshoe-shaped region of intense seismic and volcanic activity that encircles the Pacific Ocean. Earthquakes in Japan range in magnitude from minor tremors to devastating disasters, such as the 2011 TÅhoku earthquake and tsunami, which killed over 15,000 people and caused widespread destruction. Despite this, Japan is well-prepared for earthquakes, with strict building codes and emergency response plans in place to help protect its citizens.

4. Rice for Breakfast: A Japanese Tradition

In Japan, rice is a staple of the traditional breakfast, often served with a variety of side dishes such as miso soup, pickled vegetables, grilled fish, and seaweed. Rice is usually cooked in a pot over a stove, and is served with a bowl of hot tea. It is a nutritious and filling meal that is enjoyed by many Japanese people every morning.

Also → The Satsuma: A Citrus Fruit from China, Japan's Favorite


5. Two Religions in Buddhism and Shinto

In Japan, Buddhism and Shinto are the two major religions, yet they have little influence on the daily lives of the Japanese people. Despite this, these two religions have been deeply rooted in the culture and history of Japan for centuries, and continue to be an integral part of the country's identity. For example, many of the traditional festivals and ceremonies in Japan are based on Buddhist and Shinto beliefs, and many of the shrines and temples that are visited by tourists are dedicated to these two religions.

6. The Secrets to a Long and Healthy Life in Japan

Japan is renowned for its high average life expectancy rate, with the average Japanese citizen living to an impressive 83.7 years old. This is due to a combination of factors, such as the country's advanced healthcare system, its healthy diet, and its low levels of air pollution. In addition, Japan has a strong emphasis on physical activity, with many citizens engaging in regular exercise and sports. This combination of factors has resulted in Japan having one of the highest average life expectancy rates in the world.

7. A Country of Contrasts

Japan is a densely populated country, with an estimated population of around 127 million people. Of this population, an overwhelming 98.5% are of ethnic Japanese descent, making it one of the most homogenous countries in the world. This is in stark contrast to many other countries, where a variety of ethnicities and cultures are represented.


8. The Unrivaled Automotive Industry of Japan

9. A Land of Stunning Natural Beauty and Volcanoes

Japan is a land of stunning natural beauty, with more than 70% of its total area consisting of mountains and over 200 volcanoes. This mountainous landscape provides a breathtaking backdrop to the country's many cities and towns, and is home to a variety of wildlife. The country's volcanoes are also a source of great fascination, with some of them still active and providing spectacular displays of nature's power.

10. The Yen: A Symbol of Japan's Economic Strength and Stability


Is an automobile manufacturer from Japan and also the fifteenth largest car maker in the world, in t


is a snowball fighting-competition from Japan


is a a lagoon harbor on the island of Oahu, Hawaii, west of Honolulu. The attack on Pearl Harbor by


Is the second-largest small car maker in Japan, manufacturing cars for the domestic as well as the i


The capital of Japan.


Is an informational technology giant from the nation of Japan, providing expert IT services to the p

Short about Japan
Is an island nation located in East Asia.