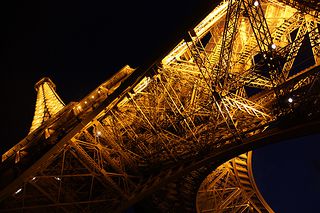 Fact 1
Wine has been made in France since roman empire and the French consume more than 60 liters (around 16 gallons) of wine per capita and year, this is than any other nation on earth.

Fact 2
French cuisine is considered one of the best in the world and there is an average of 2 cooking books being published every day. A 17th-century chef named La Varenne is credited with publishing the first true French cookbook; Le Cuisinier franÃ§ois.

Fact 3
France is famous for having many castles, palaces, and manors. It's said to have around 40,000 castles. The most famous and most visited castles in France are Versailles, Chenonceau, and Chambord.

Fact 4
There are more than 400 cheese varieties listed in France and Winston Churchill once said that âAny country with 300 cheeses cannot dieâ.

Fact 5
One of the most popular symbols in France is the Eiffel tower which is a famous tourist attraction that stands at 324 (including antennas) meters (1,063 feet) tall and during cold weather the tower shrinks by about 15 centimeters (6 inches).

Fact 6
The French state was established in August 843, breaking up from the Carolingian empire. The Carolingian Empire was divided into three kingdoms (including, among others, parts of today's Italy, Germany, and France) among the three sons of Louis the Pious.

Fact 7
France is the largest nation in Western Europe and has seven mountains and five major rivers. The largest mountain in France is Mont Blanc or "La Dame Blanche" in French, which means "the white lady".

Fact 8
The French national anthem is called la Marseillaise because it was first sung by soldiers from Marseille when marching to Paris.

Fact 9
The Statue of Liberty was made in France and then gifted to the U.S in 1886 to celebrate the friendship the two endured during the American Revolution.


The capital of France.


Is a widely respected actor, producer, and director from France.


Is a French actress and also a model who is known outside France as well for her roles in English movies.


Was a naturalist from France and a propagator of the theory that evolution transpires in tandem with the natural laws.


was a French military and political leader who rose to prominence during the latter stages of the French Revolution and its associated wars in Europe.


was a French anthropologist and ethnologist.


Was a French chemist and has been called the founder of modern science.


was a popular French actor of Spanish origin

Short about France
Is a unitary semi-presidential republic located in Western Europe.