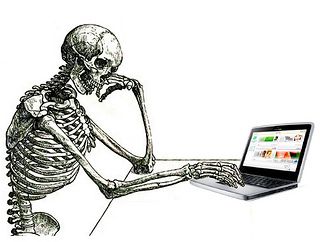 1. A Life in Pictures

Andreas Vesalius, a pioneering figure in the field of anatomy, was born on the 31st of December 1514 in the Netherlands. He went on to become a renowned physician and anatomist, and is credited with revolutionizing the study of anatomy through his groundbreaking work, 'De humani corporis fabrica libri septem' (Seven Books on the Structure of the Human Body). Vesalius passed away on the 15th of October 1564 in Zakynthos, Greece, leaving behind a legacy that continues to influence the medical field to this day.

Also → The Life and Work of Marcello Malpighi


2. The Father of Human Anatomy

Andreas Vesalius is renowned for his groundbreaking work in the field of human anatomy. His most famous literary work, 'On the Fabric of the Human Body', was published in 1543 and revolutionized the way anatomy was studied and taught. This book was the first to accurately depict the human body and its organs, and it was the first to use illustrations to explain the structure of the body. Vesalius' work was so influential that it is still used as a reference today.

3. The Life and Work of Andreas Vesalius

After graduating from the University of Padua, Andreas Vesalius was quickly offered the prestigious position of head of Surgery and Anatomy at the same university. This was a remarkable achievement for the young doctor, who had only recently completed his studies. Vesalius was highly respected for his knowledge and skill in the field of anatomy, and his appointment to the position was a testament to his expertise.

4. A Pioneer in Muscle Research

Andreas Vesalius is renowned for his groundbreaking contributions to the study of the muscular system. He provided detailed descriptions of the source and positioning of each muscle in the body, as well as their respective functions. His work was a major advancement in the field, as it provided a comprehensive understanding of the structure and function of the muscular system. This knowledge has been invaluable in the development of modern medicine and has helped to improve the quality of life for countless individuals.


5. The Father of Modern Medicine

Andreas Vesalius is widely regarded as one of the most influential figures in the history of modern science. His most significant contribution was his groundbreaking work on the circulatory and vascular systems. Vesalius's research was revolutionary for its time, as it provided a detailed description of the anatomy of the human body and its various systems. He was the first to accurately describe the structure of the heart, lungs, and other organs, and his work laid the foundation for modern medical science. His discoveries revolutionized the way we understand the human body and its functions, and his work continues to be studied and referenced by medical professionals today.

6. The Discovery of the Nerve

Andreas Vesalius, a 16th century anatomist, made a groundbreaking discovery about the optic nerve. Through his meticulous study and examination, he concluded that nerves were not hollow, as was previously believed, but instead were the means of transmitting motion and sensation. This discovery revolutionized the field of anatomy and has been a cornerstone of medical knowledge ever since.

7. The Discovery of the Human Heart

Andreas Vesalius, a 16th century anatomist, made a groundbreaking discovery about the human heart. Through his studies, he identified the two chambers and two atria of the heart, and concluded that the criteria to identify a muscle is its voluntary motion. He deduced that the heart was not a true muscle because of its involuntary nature of functioning. This discovery was a major breakthrough in the field of anatomy and has been used as a basis for further research and understanding of the human heart.

Also → The Life and Work of Linus Pauling

9. The Life and Work of Andreas Vesalius

Andreas Vesalius, a 16th century anatomist, was a revolutionary thinker who challenged the orthodox belief that the heart was the center of the body. Through his groundbreaking research, Vesalius deduced that the nervous system and the brain were actually the center of human mind and emotion. His discoveries revolutionized the field of anatomy and paved the way for further exploration into the human body.

10. The Vesalius Legacy Lives On

The renowned 16th century anatomist, Andreas Vesalius, has been immortalized in art by American artist Jacob Lawrence. Lawrence created 'The Vesalius Suite', a series of prints based on Vesalius' anatomical drawings. These prints, which feature intricate details of the human body, are a testament to Vesalius' groundbreaking work in the field of anatomy. Lawrence's work serves as a reminder of the lasting impact of Vesalius' discoveries.


Was a highly revered Italian doctor.


Was an English physician.

Short about Andreas Vesalius
Was a Brabantian physician, anatomist and author.