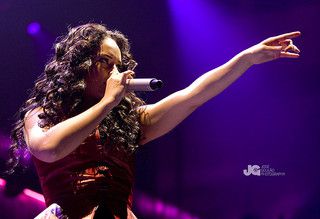 Fact 2:
At the age of 16, Alicia wanted the name Wilde to be her stage name.

Fact 3:
Alicia has biracial parents; a father who is Jamaican American descent and a mother who is Irish Italian descent.

Fact 5:
"Songs in a Minor" album sold over 10 million units around the world.

Fact 6:
Alicia Keys is the Global Ambassador for Keep a Child Alive Organization.

Fact 7:
Alicia Keys sang a cover version of "Don't Give Up" song along with Bono, the U2 lead singer for the World AIDS Day in 2005.

Fact 9:
Her parents separated during her early childhood.

Fact 10:
Alicia was raised by her mother in Hellâs Kitchen area in Manhattan.

Short about Alicia Keys
is an American R&B singer-songwriter, record producer and actress.