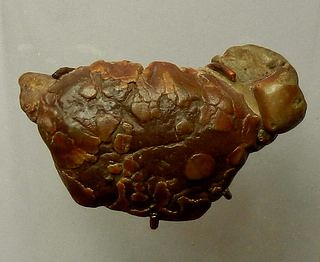 Fact 2
He is well known as the writer of Principles of Geology, which popularized James Hutton's concepts of uniformitarianism â the notion that the earth was shaped by the same developments that are still in action today.

Fact 3
Lyell was also one of the first to consider that the world is older than 300 million years, judging from its geological differences.

Fact 4
Lyell's study of volcanoes concentrated largely on Vesuvius and Etna and his deductions supported steady building of volcanoes or "backed up-building", as opposed to the upheaval argument believed by the other geologists.

Fact 6
He was one of the first few to contribute his books to help found the Chicago Public Library after the Great Chicago Fire.

Fact 7
He was voted as a member of the Royal Swedish Academy of Sciences in 1866.

Fact 8
He was knighted and also made a baronet, which is an inherited honor. He was given the Copley Medal of the Royal Society and the Wollaston Medal of the Geological Society.

Fact 9
Many places have been named after him - Mount Lyell (highest peak in Yosemite National Park), the crater Lyell (Moon), another crater on Mars, Mount Lyell (Tasmania, Australia), the Lyell Range (Western Australia). The jawless fish from the Old Red Sandstone (Scotland), known as Cephalaspis lyelli is also named in his honor by Louis Agassiz.

Fact 10
His geological interests stretched from volcanoes and geological dynamics to paleontology, stratigraphy, glaciology and to topics that would be called as prehistoric archaeology and paleoanthropology.


Alexandre Brongniart was a French chemist, mineralogist, and zoologist, who collaborated with Georges Cuvier on a study of the geology of the region around Paris


An English mathematician and geologist.


A Swiss geologist and meteorologist.


Is a country that is part of the United Kingdom.


He was an English geologist who created the first map.


An American zoologist, mineralogist and geologist.


Was an English explorer and anthropologist and often called the âfather of eugenicsâ.


A Cornish chemist and inventor.


A British fossil collector and paleontologist.

Short about Charles Lyell
Was a British lawyer and the leading geologist of his day.