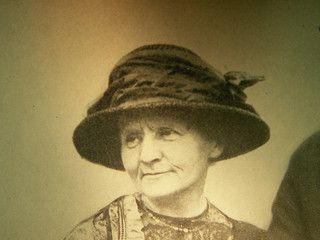 Fact 3
She was the first woman to become a professor at the University of Paris.

Fact 4
Marie Curie is prominent for her theory of radioactivity, methods for isolating radioactive isotopes and the finding of 2 new elements, polonium and radium.

Fact 5
Throughout her life Marie endorsed the use of radium and also used it during the World War I for healing the injuries of those who were hurt and wounded.

Fact 6
She was also a member of the Conseil du Physique Solvay and the Committee of Intellectual Co-operation of the League of Nations.

Fact 7
After her husbandâs death Marie Curie continued with her determination of developing techniques for finding pure radium from radioactive residues in adequate quantities. By 1910, she triumphantly isolated the pure radium metal.

Fact 8
Marie had started her scientific career in Paris with a study of the magnetic properties of different steels, appointed by the Society for the Encouragement of National Industry.

Fact 9
Curie died in 1934 at the sanatorium of Sancellemoz in France because of aplastic anemia due to years of exposure to radiation.

Fact 10
She established the Curie Institutes in Paris and in Warsaw, which are key centers of medical research even today.


A French physicist and husband of Marie Curie.


A French physicist and discoverer of radioactivity.


Is the ninth-largest country in Europe and is officially known as the Republic of Poland.


was the Prefect of the Seine Department in France, who was chosen by the Emperor Napoleon III to carry out a massive program of new boulevards, parks and public works in Paris, commonly called Haussmann's renovation of Paris

Short about Marie Curie
Was a Polish-French physicist and chemist.