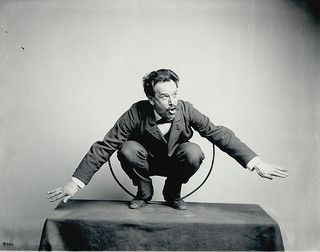 On July 9th 1858, Franz Boas was born in Minden, Germany. He was a pioneering anthropologist and is widely considered to be the founder of modern anthropology. Boas was a major figure in the development of American anthropology, and his influence extended to other fields such as linguistics and psychology. Boas was a prolific writer and published numerous books and articles on a variety of topics. He was also a strong advocate for civil rights and social justice. Boas passed away on December 21 1942 in New York, U.S., leaving behind a legacy of groundbreaking research and a lasting impact on the field of anthropology.

Franz Boas is widely regarded as the 'Father of American Anthropology' due to his pioneering contributions to the field. He was a German-American anthropologist, ethnologist, and linguist who is credited with revolutionizing the study of anthropology in the early 20th century. Boas was the first to introduce the concept of cultural relativism, which states that all cultures should be studied in their own terms, rather than being judged by the standards of another culture. He also developed the field of cultural anthropology, which focused on the study of the customs, beliefs, and values of different cultures. Boas' work has had a lasting impact on the field of anthropology, and his legacy continues to be felt today.

3. The Father of American Anthropology

From a young age, Franz Boas was fascinated by the natural world. From kindergarten onwards, he was taught natural history, and his interest in the study of natural sciences only grew as he got older. His passion for the environment and its inhabitants would eventually lead him to become one of the most influential anthropologists of the 20th century.

Franz Boas was a pioneering figure in the field of anthropology, but his academic background was in physics. He earned his doctorate in physics with a specialization in psychophysics of perception, and his post-doctorate work focused on the field of geography. Boas' research in geography included the study of the physical features of the earth, the distribution of plants and animals, and the impact of human activity on the environment. His work in this field laid the foundation for modern anthropological studies.

Franz Boas' interest in the study of non-western cultures was sparked while he was on Baffin Island. This experience led him to write a book, 'The Western Eskimo', which explored the culture of the indigenous people of the region. Boas' work was groundbreaking in its time, as it was one of the first studies to look at non-western cultures from an anthropological perspective. His work has since been highly influential in the field of anthropology, and has helped to shape our understanding of the diversity of cultures around the world.

6. Franz Boas and the Development of Cultural Relativism

Franz Boas was a renowned anthropologist who worked closely with physical anthropologist Rudolf Virchow and ethnologist Adolf Bastian. Boas was particularly interested in the relationship between language and culture, and his research with Virchow and Bastian focused on the study of the physical characteristics of different ethnic groups. Boas and Bastian also collaborated on the development of the concept of cultural relativism, which states that all cultures should be judged on their own terms. Boas' work with Virchow and Bastian helped to shape the field of anthropology and their influence can still be seen today.

Also → The Life and Work of Francis Galton

7. The Legacy of Franz Boas

Franz Boas was a passionate opponent of scientific racism, a dangerous ideology which claims that race is a biological concept and that humans can be divided into distinct biological categories. Boas was a firm believer that race is a social construct, and that any differences between people are due to environmental and cultural factors, not biological ones. He argued that scientific racism was not only wrong, but also dangerous, as it could be used to justify discrimination and oppression. Boas' work was instrumental in challenging the scientific racism of the early 20th century and in helping to shape the modern understanding of race.

Franz Boas was a pioneering anthropologist who championed the concept of 'psychic unity of mankind', which holds that all human beings possess the same intellectual capacity and that all cultures operate on the same fundamental principles. Boas was a strong advocate for the idea that cultural differences should be respected and celebrated, rather than judged or dismissed. He believed that all cultures should be studied objectively, and that the same standards of scientific inquiry should be applied to all cultures. His work helped to shape the field of anthropology and to challenge the prevailing notion of cultural superiority.

Franz Boas was a renowned anthropologist who made significant contributions to the field. He began his career at Clark University, where he worked as a docent and eventually rose to the position of head of the Department of Anthropology. Boas' work at Clark University laid the foundation for his later accomplishments, which included pioneering the field of cultural anthropology and developing the concept of cultural relativism. His research and theories have had a lasting impact on the field of anthropology and continue to be studied and discussed today.

Franz Boas was a pioneering figure in the field of anthropology, and his influence is still felt today. He was one of the key organizers of the American Anthropological Association (AAA), which was founded in 1902. Boas was a major proponent of the idea that anthropology should be based on empirical evidence and scientific methods, and he was instrumental in establishing the AAA as a professional organization for anthropologists. Boas was also a strong advocate for the rights of indigenous peoples, and his work helped to shape the field of anthropology as we know it today.


was a French anthropologist and ethnologist.


Was a German anthropologist, pathologist, doctor, biologist, prehistorian and politician.


Was an English explorer and anthropologist and often called the âfather of eugenicsâ.


Was a Brabantian physician, anatomist and author.

Short about Franz Boas
Was an anthropologist of German-American descent.