Ten fun facts about The Netherlands 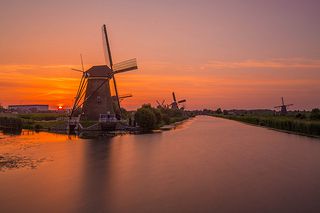 Fact 1:
The capital city of The Netherlands is Amsterdam.

Fact 2:
There are over 16 million bicycles in use, almost one for every citizen.

Fact 3:
The largest Van Gogh collection is housed in the Van Gogh museum.

Fact 4:
Potato and Cheese is the prime ingredient for most Dutch cuisines.

Fact 5:
The Netherlands is often known as the Land of Compromise.

Fact 7:
The Netherlands landscape is dotted in windmills, a famous hallmark.

Fact 8:
There is as many as 300 castles open to the general public.

Fact 9:
Holland is the third larges exporter of agricultural produce.

Fact 10:
Only 3% of the Dutch population is employed in the agricultural sector.

Short about The Netherlands
Is a constituent country of the Kingdom of the Netherlands, located in North-West Europe.